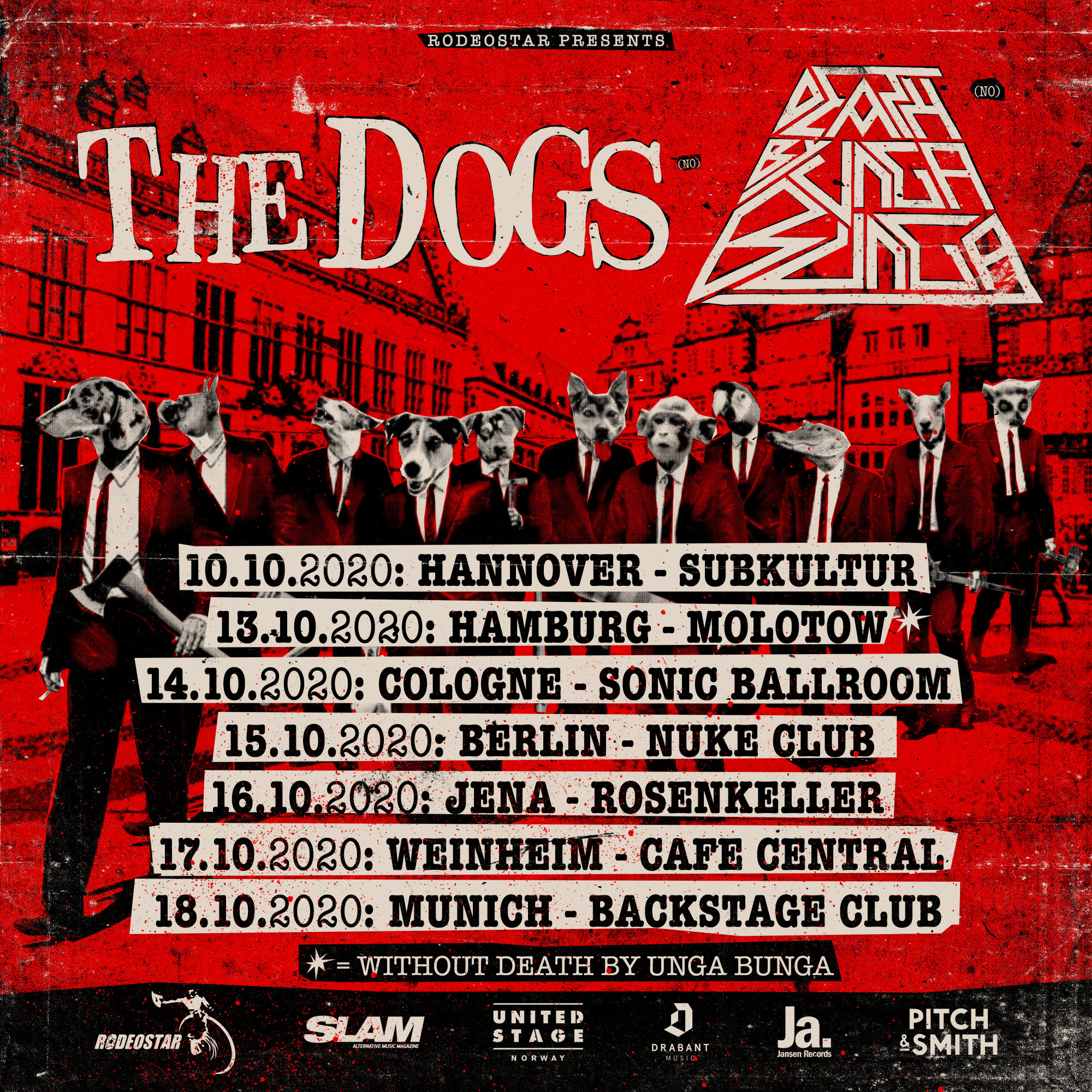 The Dogs
Via numerous releases and loads of gigs, The Dogs have established themselves as one of Norway’s hardest working and most critically acclaimed bands.

Selling out venues and gaining more fans by the hour, the band rumbles on throughout Europe with notorious frontman Kristopher Schau leading on.

The Dogs chewing away into the future, let’s not forget the diversity of the bands history, playing with The Boss himself – Bruce Springsteen to touring with Kvelertak, producing the heaviest merchandise in the world – a cast iron manhole cover (over 5 metric tons manufactured) and keeping up their promise to their fans on releasing a new studio album every first Monday of the year. No exception for 2020, their 8th album «Crossmaker» is already recorded and will see the light of day early next year.

Frontman Schau elaborates:
«We are cancer. There’s no other way of putting it. Until you come up with a way to stop us we’ll keep releasing records, keep on playing, keep making bumps in your body. Either WE die or YOU surrender. God, knows, we never surrender. We just keep on grinding. That’s how I think of us. I’m in this for life, and life is getting shorter. For all of us. For you especially.»

Having laid Northern Europe at their feet for a few years now, The Dogs will set sails for continental Europe and spread their powerful rock and high energy liveshow to an even larger audience.