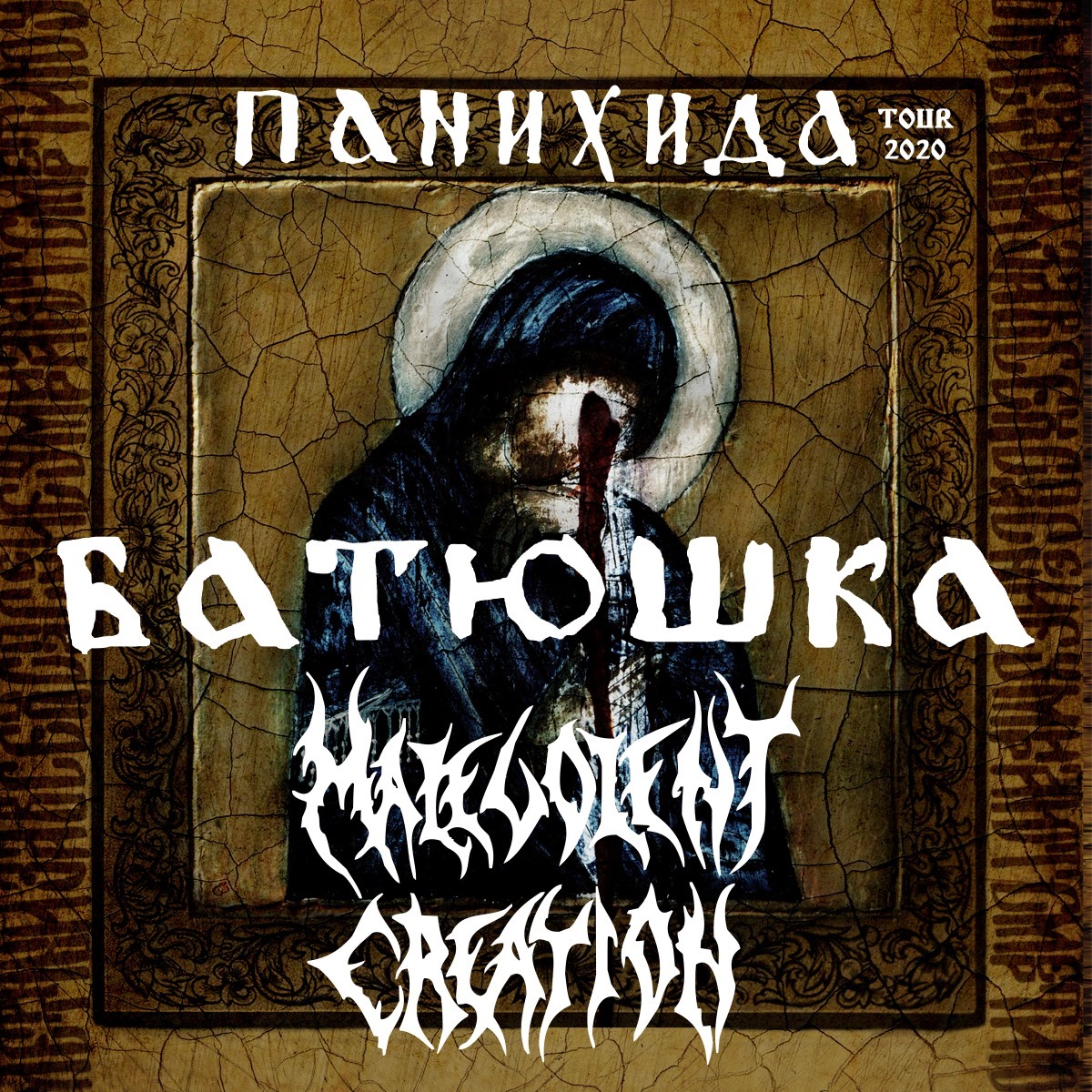 After their sold-out comeback live show in Kyiv, Батюшка by Krzysztof Drabikowski will return to both Poland and Western Europe on their Панихида Tour 2020, to promote their latest album, „Панихида” („Panihida”). The band will be accompanied by Death Metal legend from the USA – Malevolent Creation.

The success of the „Litourgiya” album (2015) electrified the world of extreme metal. From an anonymous project of Krzysztof Drabikowski, Батюшка has become one of the most popular Metal bands in the world. This was caused by their extraordinary fusion of Black Metal sound and the orthodox esthetics, which appeared impressive on the album, as well as on the band’s live performances that can be described as musical ceremonies. Four years after their debut album Батюшка returns with their new record. „Панихида” is a blasphemous take on the orthodox mourning service. You will have another chance to experience this unique atmosphere of dark eastern rituals during the band’s live shows at the turn of January, February and March.

Malevolent Creation (Death Metal, USA)
For diehard Metal fans, this band needs no further introduction. Malevolent Creation has shaped this extreme music genre for three decades, which makes them one of its most uncompromised representatives.

Despite many line-up changes, the music of Phil Fasciana’s (guitar) band has always represented the essence of Death Metal: brutality, intensity and a certain dose of catchiness. You can hear that on their remarkable debut album, „The Ten Commandments“ (1991), as well as on their later albums, such as „Stillborn” (1993), „The Fine Art of Murder” (1998) or „Dead Man’s Path” (2015). The latter was the last album recorded with late Brett Hoffman (RIP) on vocals. In 2019 the band released another bone breaker, titled „The 13th Beast”, with fully justifies their rank of Mike Tyson of Death Metal.